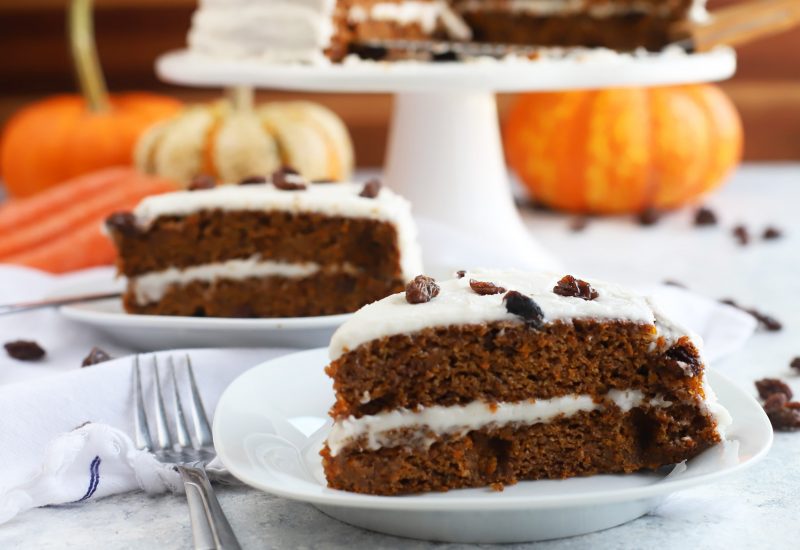 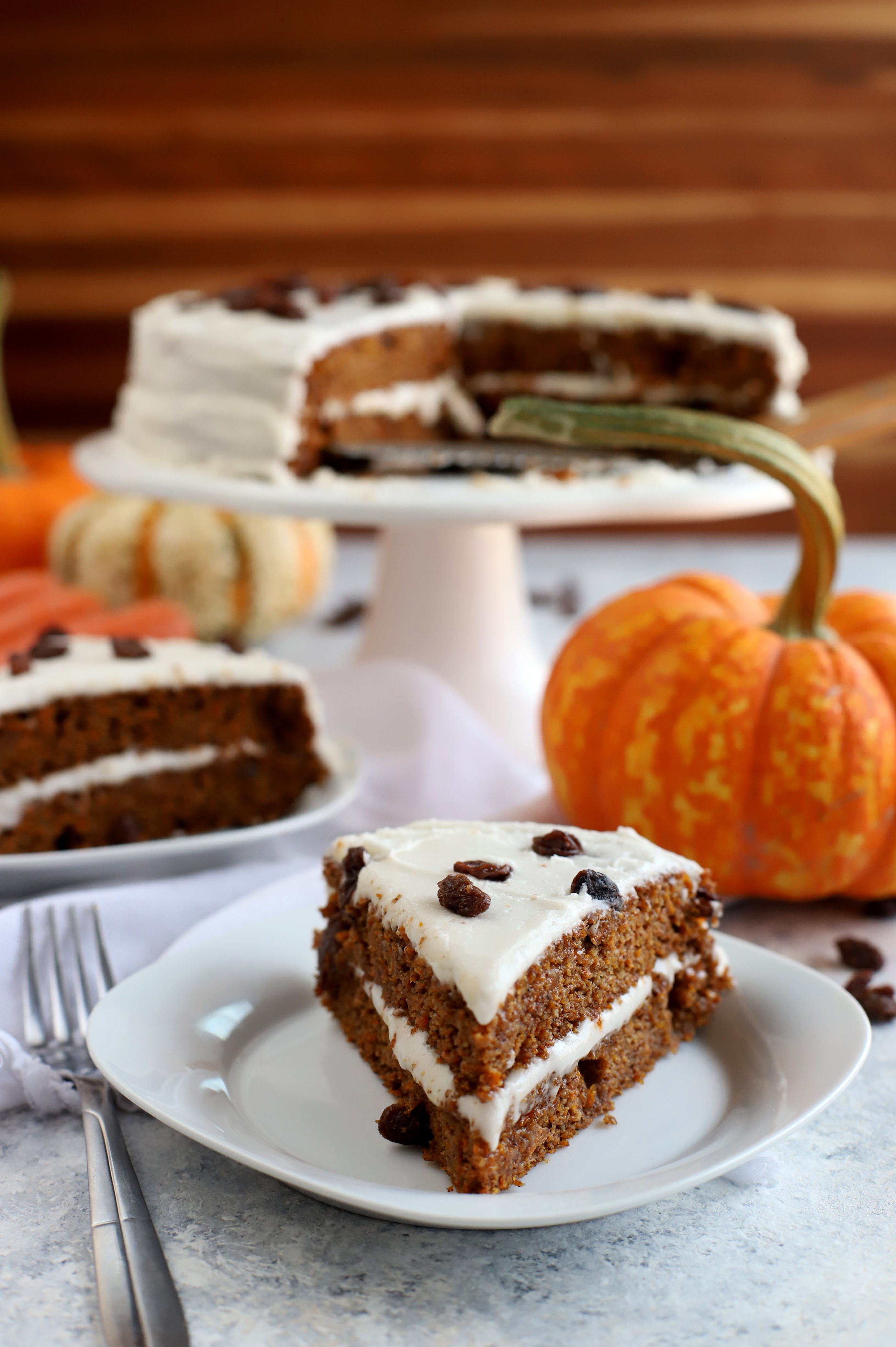 In a large bowl, beat eggs, maple syrup, coconut milk, and vanilla extract with a handheld electric mixer on low.

Slowly beat in dry ingredients until fully combined. Fold in carrots and raisins.

Divide the batter evenly between the cake pans. Bake both layers on the middle rack in the oven for 22 to 25 minutes. A toothpick inserted into the center should come out clean.

Cool cakes for 15 minutes in the pan. Remove cakes from pan to wire racks to cool the rest of the way, about 15 minutes.

After removing the cakes to wire racks,  make the frosting.

Frost cake as desired and garnish with additional raisins, if desired. 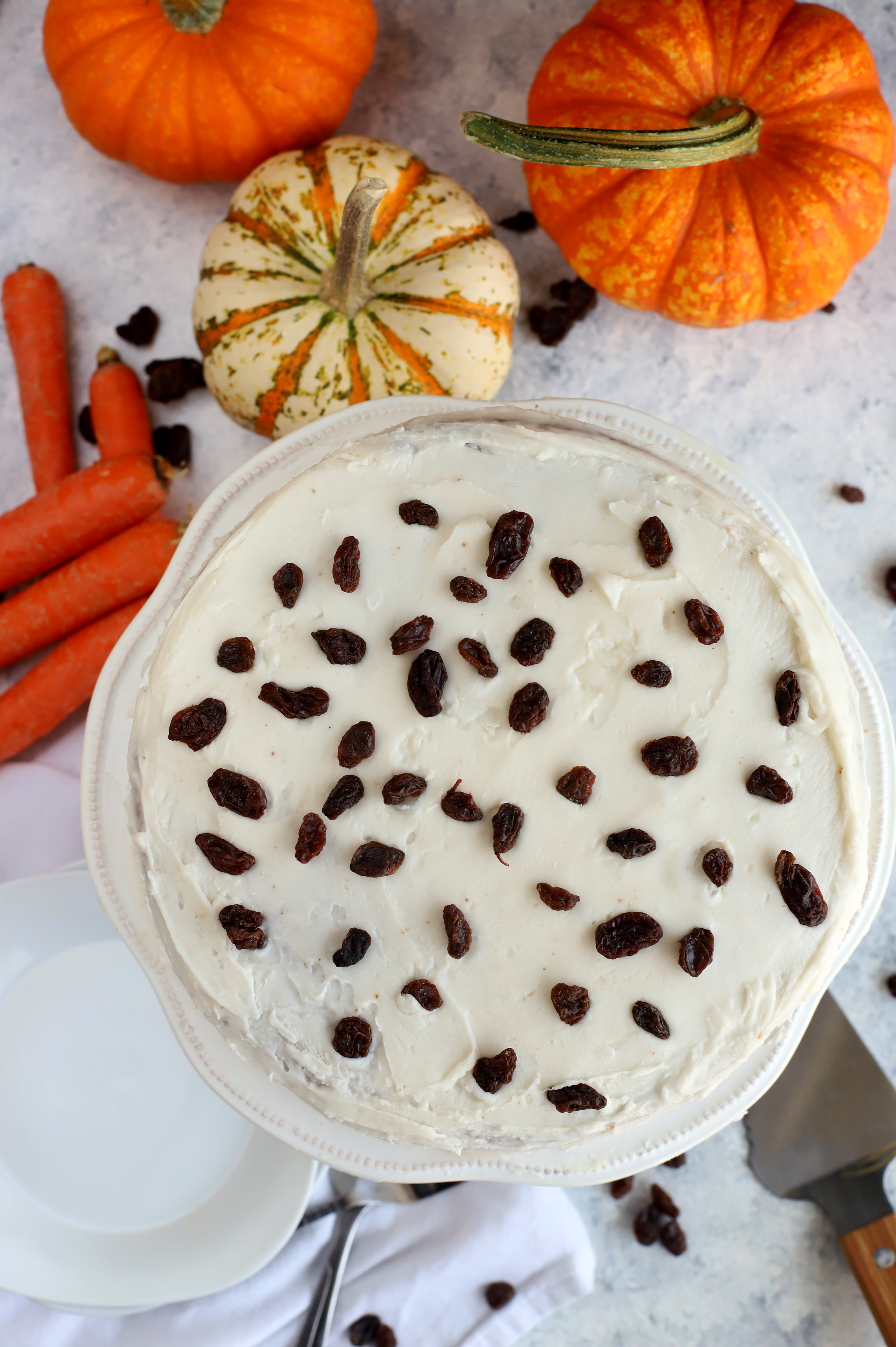