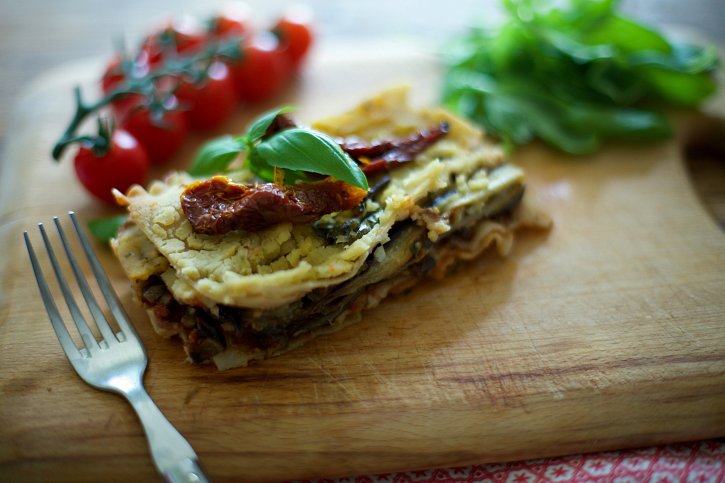 Before I realised Dairy was one of the many things that affected my chronic eczema, my mum and sister were both dairy intolerant which meant unless I poured melted cheese on top of my pasta (which, I’ll be honest I do remember doing) we could never make traditional meals. Pizza would have to be cheeseless, Lasagne was only mince meat, and so on. When, years later, I started experimenting with twists on meals I used to love, made in a healthier way a ‘cheesy’ creamy pasta was high on the list. With this recipe I feel like I’ve satisfied every childhood creamy pasta craving I had, and what’s more there’s no cream in it. The amazing dairy free béchamel sauce is made from Ecomil Sugar Free Almond Milk, and when mixed in with onion, cloves, bayleaf and stock plus a little brown rice flour to make it thicker it turns into this amazing white sauce that adds a whole new layer of deliciousness to the classic lasagne. The most flavourful components of this recipe, other than the sauce, are the roasted aubergine and sharply sweet sundries tomatoes. This is a recipe you can’t get bored of! 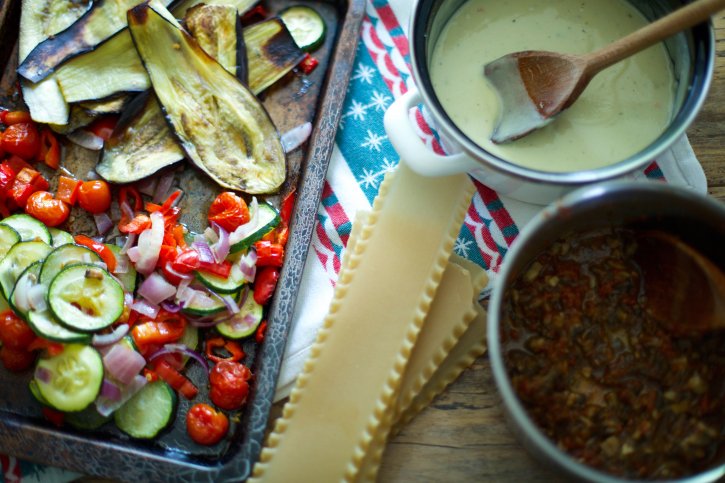 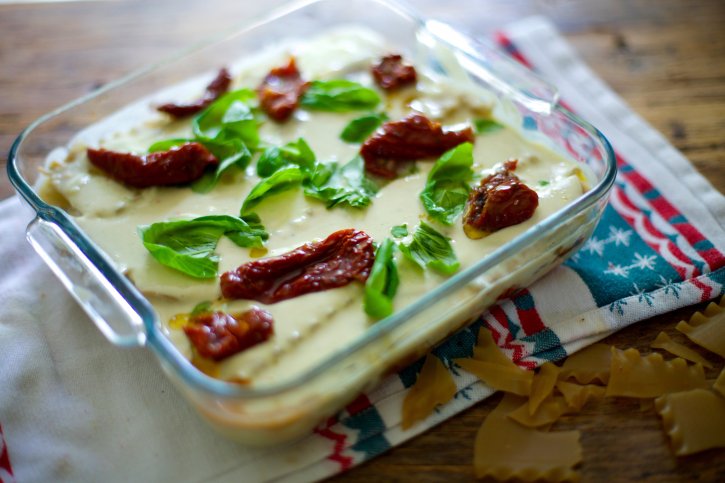 Cut the aubergine into thin slivers, drizzle some olive on top and put in the oven to roast for around 25 minutes.

Meanwhile, in a wok heat the coconut oil and sauté the onions, courgette, cherry tomatoes and red pepper. After a few minutes add the mushrooms and continue to cook. Once al dente, take off the heat and pour in the tin of chopped tomatoes and spinach and put to one side.

Now put the onion slices in a pan. Pour in the Ecomil almond milk and the water. Add the bouillon powder, cloves and bay leaves. Bring the mixture to the boil, then remove from the heat and set aside for 20 minutes. Remove the clove and bay leafs and place the pan back on the heat. Bring to the boil and add in the brown rice flour, stirring constantly until the mixture thickens to a smooth sauce. Season with salt and pepper!

In a large dish start by adding half the vegetable mixture, top with 4-5 evenly placed lasagne sheets, make sure all is covered without overlapping sheets. Then add the other half of the vegetables and the aubergine, more lasagne sheets and top with an even spread of white sauce. Scatter the sundries tomatoes on top (whole or chopped) and place in the oven to cook for 50-60 minutes, or until starting to brown and crisp at the top.

Enjoy with a big green salad! 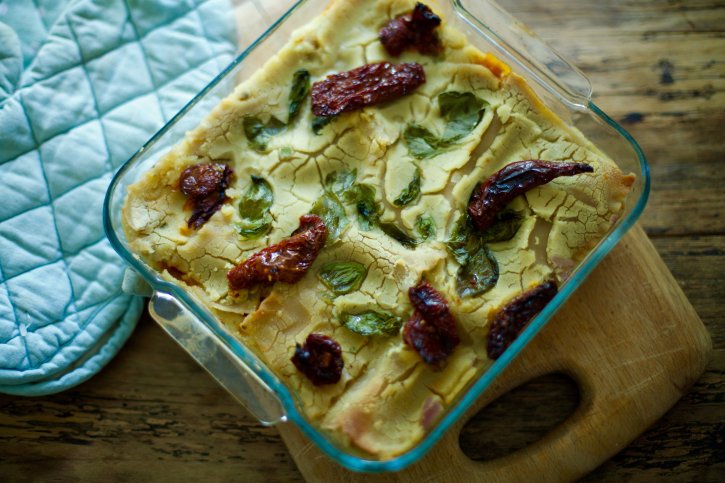