Menu
Inspiration On A Plate 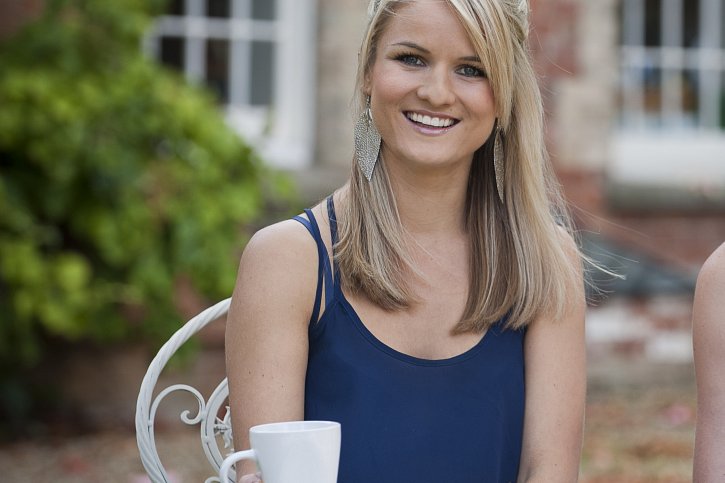 Inspiration On A Plate

As the founder of two of the most successful raw London hot spots to date, a cook book undoubtedly bursting with many beautiful recipes waiting to be released, and an array of loyal health fans (including us, of course), we’ve decided it’s time to find out a little bit more about everyone’s favourite wellness coach, raw food and detox expert, Tanya Maher, and the truly inspiring health journey she has been on.

TANYA’S DAY ON A PLATE

Since none of my days are ever the same, they don’t ever begin with the same meal either. You can however find me with raw chocolate and a cup of peppermint tea on most mornings. In the weekends it’s usually a huge, green, creamy and protein rich Smoothie of a plant-based variety.

I usually have at least 3 varieties of raw dips in the fridge and either nori sheets or dehydrated burrito wraps in the pantry, so I stuff them with grated veggies and sauce for a quick bite. If I’m working from Tanya’s Chelsea, I’d usually go for my Thai Curry Kelp Noodles or a Caesar Salad with coconut jerky on top.

A snack is something I’d have between every meal and often instead of a meal, because I like to eat smaller portions and often. It can be anything like a chia porridge, green juice, raw chocolate, crackers and spreads, whole tomatoes and avocados, even whole cucumbers with Himalayan salt sprinkled on top.

Dinner is never the same in our house, because I like to shop for fresh ingredients every day and have a hungry husband, who likes to believe that he is still growing. It’s usually half a plate of raw salads and half of something cooked, like Quinoa Lentil mix, Mexican bean stew, Root Veggie Mash or Gluten – free Pizzas. 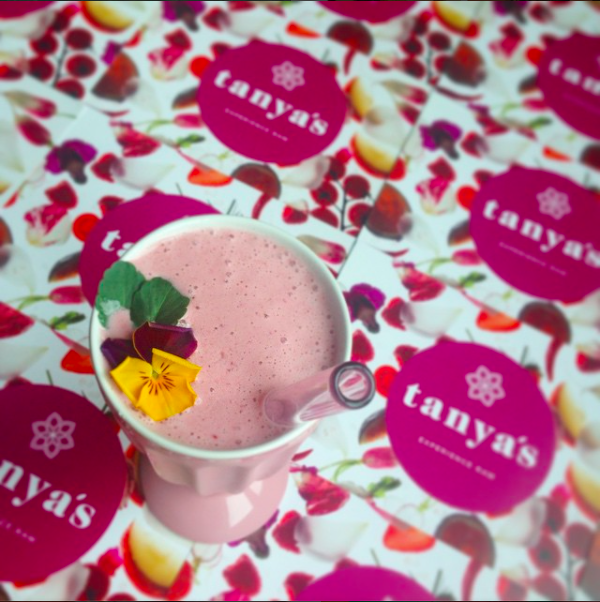 SO TANYA, FIRST OF ALL, SUCH A HUGE CONGRATS ON ALL YOUR ACHIEVEMENTS AS OF YET – WE CAN’T WAIT TO GET OUR HANDS ON A COPY OF THE UNCOOK BOOK! HOWEVER AS WE UNDERSTAND, THINGS HAVEN’T ALWAYS BEEN SO FANTASTIC IN TERMS OF YOUR HEALTH AND LIFESTYLE, SO WHEN WOULD YOU SAY WAS THE REAL TURNING POINT FOR YOU, WHEN YOU KNEW THINGS REALLY HAD TO CHANGE?

Raw food came into my life in a big way on two occasions. First time, totally by default. Second time, as a major awakening and that’s when it was here to stay. When I was 14 years old, it was thanks to raw vegetable juice that I healed my bruised and badly damaged organs after a horrible car crash. My body would not keep in any food that the hospital provided and subsequently continued to be in pain, lose a terrifying amount of weight and lead the doctors to asking if my parents thought it would be a good idea to remove my pancreas. We weren’t given any promises of a successful outcome so my family decided to go down an alternative route and first see if there is any food that I could contain in the first place. I craved vegetables, but was in too much agony to chew them, so they came up with a great idea of juicing everything. The swelling started to ease and I got to keep all my vital organs! But I went on to be a teenager, not considering the consequences of what goes into my body and it wasn’t until 10 years later, as a 24 year old, that I made an important connection between nutrition and quality of life. Reading a book by Victoria Boutenko made me realise the healing power of raw foods and that it was because of raw foods that my body healed so quickly and so well. Although I didn’t feel that there was anything to ‘fix’ at this time of my life, it became clear to me that if raw food can heal, it can also prevent. This was the driving force of everything I started to research, do and teach.

WHAT WOULD YOU SAY HAVE BEEN THE MOST REWARDING BENEFITS OF TRANSITIONING TO THIS LIFESTYLE? AND IS YOUR DIET ALWAYS COMPLETELY RAW?

As I started to drink lots of green smoothies and having salads with every meal or instead of a meal, people began telling me how bright the whites of my eyes became, how good my skin looked and how much my hair shined. I didn’t even realise that something I was so used to, like hay fever or colds and flu’s at every change of season, became a thing of the past. But the most rewarding benefit was definitely my energy levels and an unbreakably positive attitude. Your hormones and moods stabilise with a balanced diet and you feel like you can do anything and everything which is amazing! 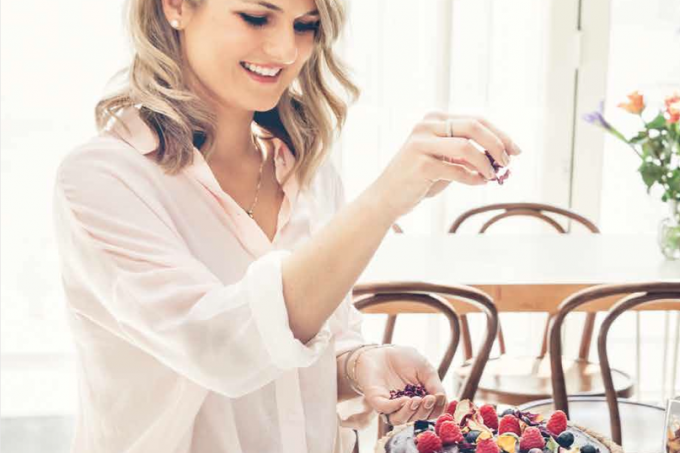 DO YOU HAVE ANY ADVICE FOR PEOPLE WHO MAY BE INTERESTED IN A HOLISTIC CHANGE WITH REGARDS TO THEIR DIET AND LIFESTYLE, BUT FEAR IT MAY BE TOO DAUNTING OR DRASTIC?

Start slowly, hang out with people who don’t judge you, have fun in the kitchen and remember that you didn’t learn to cook overnight.

NOW WE ARE DYING TO DISCOVER JUST HOW TANYA’S CAFÉ WAS BORN, AND HOW YOU HANDLED THE UPS AND DOWNS OF THE JOURNEY TOWARDS ITS’ SUCCESS?

The ‘café idea’ was the result of my clients’ demands for a place to go and enjoy everything I teach about and pictures of food I post online. One day I came across an image of a beautiful café interior, so I cut it out, reshuffled my vision board to fit it in, and on it I wrote ‘Chelsea or Parson’s Green’. I’ve been making vision boards for many years and have learned that to get something, you have to be specific, hence mentioning my dream location. (Here’s more on how I make my vision boards: http://betterraw.com/2015/01/visionboard.html). Just 2 weeks later, I was on a coaching call with a client who wanted to know of all the raw cafes in London to start exploring them and wondered why there were none in Chelsea. I had to laugh and shared my vision with him on the call. It turned out that he had a very similar vision and invited me to a Chelsea address for a chat. This address happened to be of one of his hotels, called myhotel group and he happened to have a space available. We collaborated and a few months later, opened the doors to London’s newest raw food restaurant and Europe’s first superfood cocktail bar. 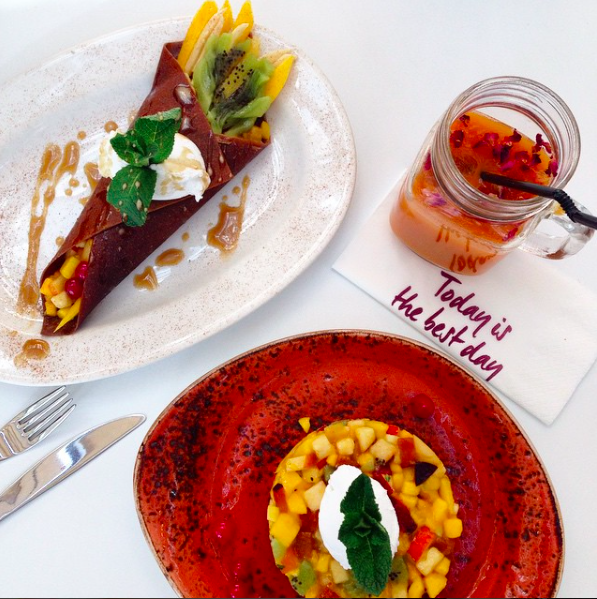 BEING AN UNDENIABLY SUCCESSFUL BUSINESS WOMAN, HEALTH COACH AND AUTHOR SURELY TAKES ITS TOLL, SO WHAT DO YOU DO TO WIND DOWN AFTER A LONG DAY’S WORK?

I find that I do, move, think and create so much during the day, that in the evening all I want is to sit back, switch off and let myself be entertained. An episode of Keeping Up With The Kardashians never disappoints, but we usually end up watching a film or a documentary.

IN AND AMONGST YOUR WORKING DAYS, DO YOU FIND THE TIME TO EXERCISE, AND IF SO, WHAT IS YOUR FAVOURITE WAY TO WORK OUT?

Interestingly when I worked in the office, I thought that I could never miss a gym session or not go to a class. The only thing that got me through work on Monday was a 6am Body Balance class at Les Mills, my socialising was done at the gym after work, my and Elliot’s first date was to a Bikram yoga class, I used to go running three times/ week and dancing for hours every weekend at a club was most certainly counted towards exercise. Being active is still very important to me, but I now have to be creative with ways to fit it into every day’s events. I have meetings all over London, so you’ll often find me in my trainers and a back pack, either walking or jogging in between meetings, when it’s more of a dressed up occasion, I choose the Boris bikes and now that I’m growing a baby bump, the long walks are getting harder on my back, so I’m planning my day’s meetings around yoga for pregnancy, which I’m loving.

IT IS CLEAR THAT YOU LOVE TO TRAVEL, AND BEING BROUGHT UP IN NEW ZEALAND, BUT WITH RUSSIAN HERITAGE, YOU HAVE ENVIABLE EXPERIENCE, HOWEVER IS THERE ANYWHERE IN THE WORLD THAT YOU HAVE OR HAVEN’T BEEN, THAT YOU WOULD LIKE TO TAKE TANYA’S TO?

I really want to give London and the UK my all and for now I haven’t really thought past that because there is still so much work to do in the UK for the health community and for spreading the raw food message. If we did however get a sudden opportunity we couldn’t refuse to open anywhere we wanted, I will always have ties to New York, New Zealand and Australia, so will have to pick one of those. 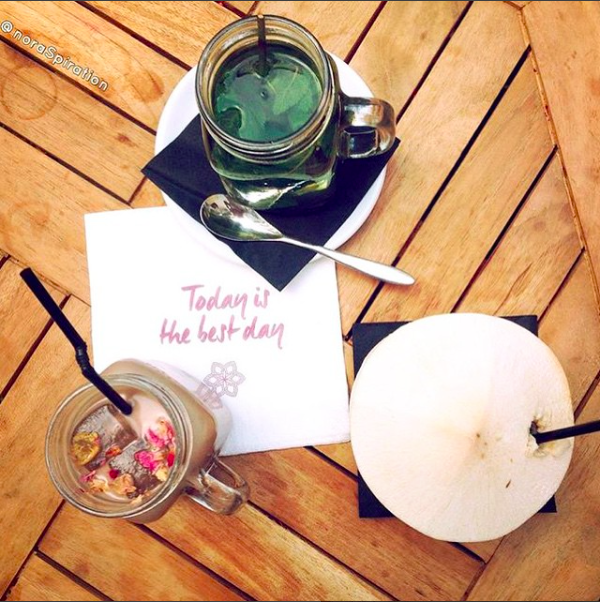 WE HAVE SO MANY FAVES (ESPECIALLY THE RAW CHOCS..), BUT WHAT IS YOUR FAVOURITE THING ON THE TANYA’S CAFÉ MENU?

Our menu does change a few times a year and we try to refresh it entirely, however there are two things which have always remained with us (just way too good) and that are soft shell tacos and coconut jerky.

..AND FAVE RECIPE FROM THE BOOK?

Anything sweet -especially the Salted Caramel Slices in the party section; my favourite and most simple salad in the world –Tomato & Avo Salad from the soups and salads section; and always the -Thai Curry Kelp Noodles from the main meals section.

EVERYONE LOVES AN INSPIRATIONAL MESSAGE, SO WE WERE WONDERING IF YOU HAVE A MANTRA THAT YOU LIVE BY?

Nothing tastes as good as healthy feels. Apart from raw chocolate. Raw chocolate is always the exception.

AND FINALLY, TO APPEAL TO OUR INTRIGUE OF COURSE, WHAT CAN WE EXPECT NEXT FROM YOU?

Our pop-up in the prestigious Food Hall of Selfridges Oxford Street has been a major focus and now that it opens on Saturday 28th August 2015, expect to see me and The Uncook Book there for six weeks in a row! 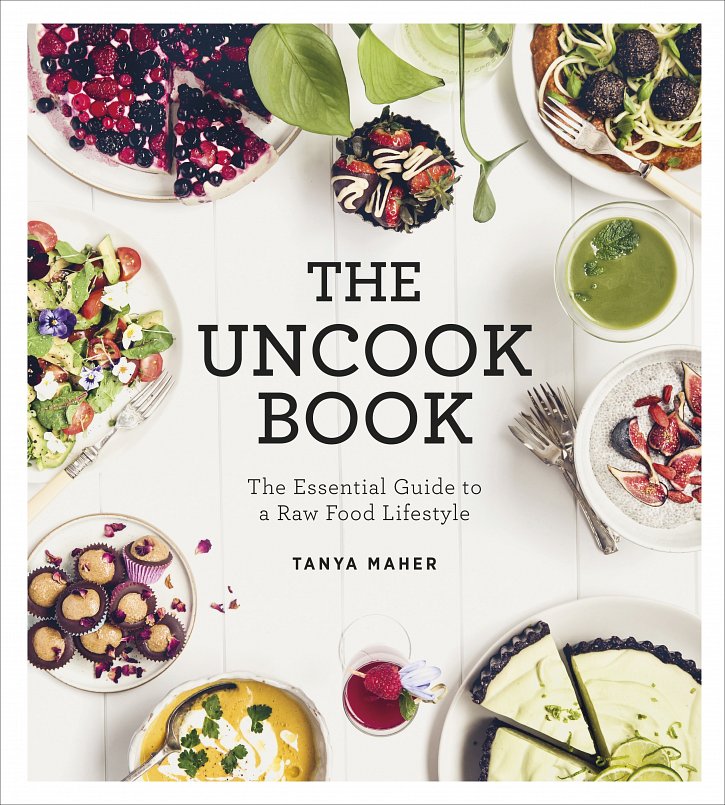 The Uncook Book by Tanya Maher is published on 7th September by Hay House UK. For details of how to win a Complete Raw Food Kitchen Kit worth over £3000, check out her website! And for more details about all things Tanya’s Cafe, visit the website here: http://www.tanyascafe.com 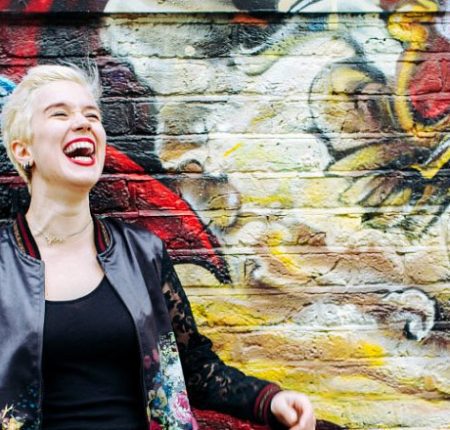 Inspiration On A Plate: Fab Giovanetti 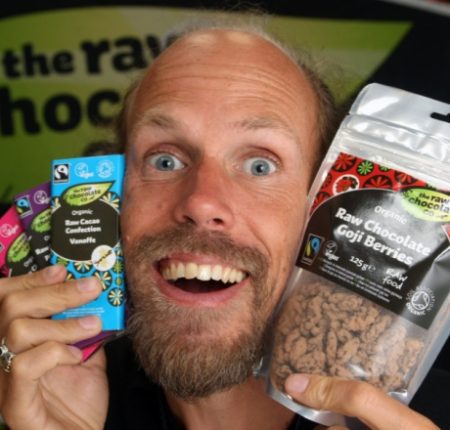 Inspiration On A Plate: Linus Gorpe 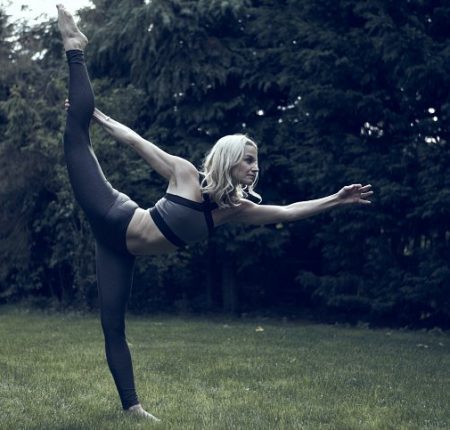 Inspiration On A Plate: Julie Montagu