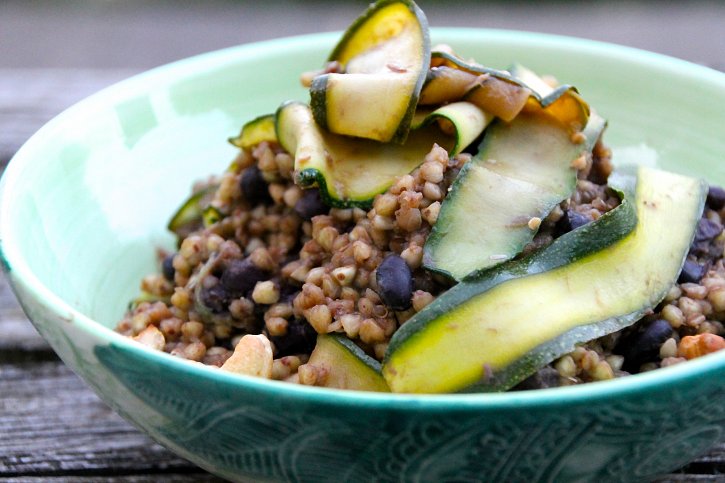 When i first started eating healthily, I stocked up on lots of foods, some alien to me, some fairly familiar. I was excited to experiment with all them.. well, all except Buckwheat. I’m not quite sure why this little inoffensive grain scared me so much. Suffice to say, it sat at the back of my larder untouched for a good year! Eventually once i became pretty smug with the rest of its grainy friends, I decided it was time. My first attempt at cooking with Buckwheat was in my Apple & cinnamon Porridge, and I have to say it was a wild success! Since then, I’ve been a buckwheat connoisseur, cooking and creating tons of dishes with this grain and reaping all it’s nutritional benefits. So for those of you, who like me didn’t have a clue where to start with Buckwheat, this is the recipe for you! 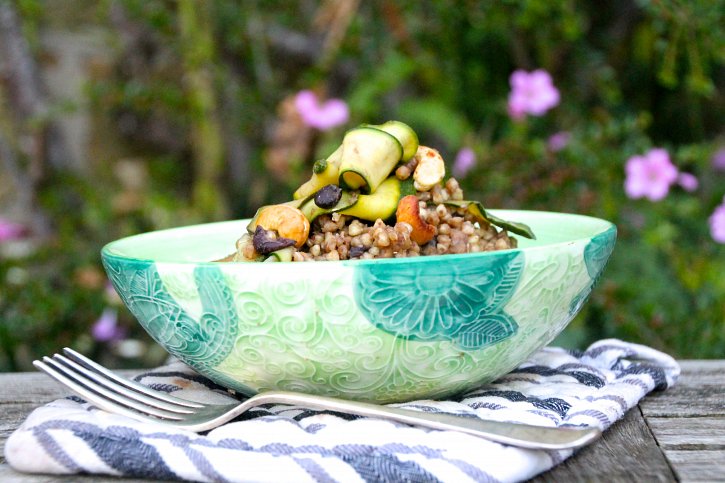 Start by adding the buckwheat, miso paste and water to your pan over a high heat, bring to the boil and reduce heat. Simmer for around 15 minutes, until all the water has absorbed and the buckwheat is cooked.

Meanwhile with a pealer, peal strips of two courgettes and drain and rinse the black beans. Add the black beans and courgette to the buckwheat pot just before it’s cooked through. When it’s all cooked squeeze the juice of one lime over it, and mix through. Then, simply, dish up!

To top: I love to garnish this with roasted cashews or pumpkin seeds.